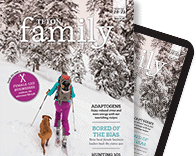 A Revolution in Retirement 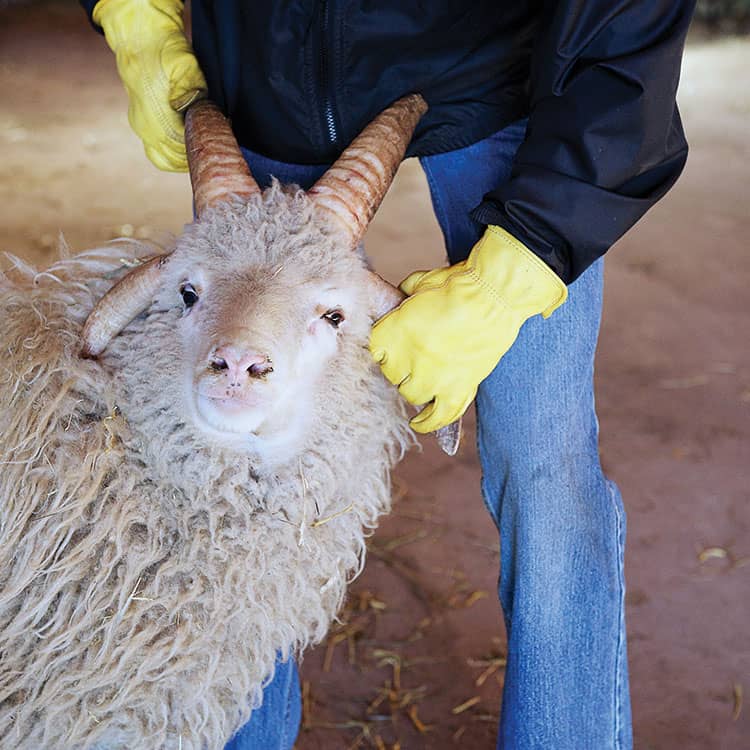 On a late spring day, two prized rams disappeared from Janet and Buol Heslin’s sheep herd on the Lazy Eye Ranch in Alta, Wyoming. It was early June 2014, and the rams had been foraging alone in a Hawthorne forest, unprotected by the herd’s stalwart guardians—a Great Pyrenees and an Akbash sheepdog. Two days later, two newborn lambs were also killed. The Wyoming Fish and Game Department determined wolves were to blame and issued them a forty-five-day hunting permit for livestock losses. Buol, seventy, a retired Manhattan eye surgeon, and Janet, sixty-four, a retiree from the pharmaceutical industry, found themselves in the unlikely position of laying in wait each night at dusk with loaded rifles. They saw a single black wolf once, but it never came back. In the end, they suspect the dogs got the wolf.

Retirement—a word that technically means “withdrawal” and describes the time when people give up productive employment—has certainly never been a part of the Heslins’ vocabulary. “Buol and I worked hard all of our lives; that’s what we know, and we enjoy the feeling of accomplishing something. We have no interest in being pampered. We like adventure and there’s plenty of that on the farm,” Janet says.

Jackson Hole’s Dick and Sandy Shuptrine, owners of Mountain Meadow Natural Gardens, have also found joy and meaning in retirement, growing organic food for local markets. Dick, who says he’s busier now than when he was “working,” joins a growing number of Baby Boomers poised to live longer and in better health than any generation before.

For some (doom and gloom economists mostly), the aging of our population is bad news for our economy and Social Security. But for Chris Farrell, author of Unretirement: How Baby Boomers Are Changing the Way We Think About Work, Community, and the Good Life, it’s great news. “Humans have always found meaning and motivation in work and community. The boomer generation is already discovering ‘unretirement’—extending their working lives, often with new careers, entrepreneurial ventures, and volunteer service. Their experience, wisdom—and importantly, their continued earnings—will enrich the American workplace, Treasury, and our whole society in the decades to come.”

After visiting Jackson Hole in the 1990s, the Heslins realized the specialness of the Tetons. It took them five years to untangle their lives before buying a house and 8 acres in Alta in 2003. Janet initially dreamed of making sheep’s cheese, but quickly discovered how hard it was to breed, lamb, and milk enough ewes to make cheese every day. And in 2007, after realizing their 8 acres were not suitable for livestock, they bought 140 acres of irrigated land along North Alta Road. The new land’s irrigation went unused for over ten years, the fences were untended, and the land was overgrown with approaching aspen. Turning it back into a working ranch became an enormous undertaking.

Last summer, the Heslins raised thirty-three ewes and two rams, selling ten lambs for meat. The herd is a mixture of Suffolk and cold-hearty heritage breeds like Icelandic, Navajo-Churro, and Cotswold, which have been bred for their long wool. They cultivate certified weed-free hay and grow their own vegetables, strawberries, and raspberries to trade with other local ranchers for pork and beef.

“We thought we’d just get in a tractor and drive it,” says Janet, who claims they underestimated the amount of work. “I have a great respect for people who have done this for multiple generations.” When they learned to feed in the winter by sleigh, like the old-timers, “It was a whole new learning curve in harshness,” she recalls. The Heslins constantly converse with their neighbors about weed spraying, fertilizing, fencing, and equipment repair. Janet gives them credit for their success. “You hear about the ‘great divide’ in our community … there’s none of that here because we are all united in the farming endeavor. Our neighbors are fabulous!”

The Heslins’ main farm income consists of lambs and hay. Because they have such a small flock, their fleeces don’t interest the bulk buyers in the wool-depressed market. The smallest losses are significant, and they work to optimize the lambing conditions with things like outfitting their barn with heat lamps and space heaters. Janet laughs and says Buol’s greatest passion is identifying every last weed and eradicating it so they can continue to sell their certified weed-free hay in Wyoming. “We just hope our farm income breaks even each year,” she says, but their equipment expenses usually outweigh its income.

Despite the hard work, Janet finds time to pursue Nordic ski racing, horse packing trips in Yellowstone, and hand-spinning, dyeing, felting, and weaving Native American rugs and tapestries on a forty-eight-inch Harrisville floor loom. In addition to keeping up with Janet’s recreational passions, Buol rekindled his young-adult love for guitar—he quit when he started medical school and hadn’t touched one for thirty years.

When asked what the future holds, Janet says, “When we get old and decrepit we will sell [the farm] and hopefully someone will move in and maintain it.” But that’s not happening anytime soon. “Farmers around here in their seventies and eighties keep on going and I see why: it’s a great life.”

Surrounded by sunflowers and raspberry bushes that dwarf him, seventy-two-year-old Dick Shuptrine’s steely blue eyes shine as he proudly introduces me to his raspberry patch. Started in 1982 high on the hills overlooking Game Creek Canyon, the patch now produces 40 to 50 six-pound flats of berries a season.

Dick came to the Tetons in 1962 and worked for Haynes Photography in Yellowstone. He served as an Air Force pilot during Vietnam and returned in 1971 to Jackson, where he flew for fixed-based operator Interwest Aviation. He held various other jobs with Powderhorn Mountaineering and in the construction industry, and finally bought and managed the White Glove Cleaning Service from which he retired in 2001.

Dick grew up in Georgia, where his father competed with neighbors growing Southern specialties like okra, pole beans, and cantaloupe. He claims gardening’s in his genes—and evidently, so is questioning the system. While serving in the military, he and his wife, Sandy, lived on a base in Spokane with strict rules on how high their yard grass could grow. The rules didn’t say anything about gardens, though, so the couple raised some eyebrows when they established a wildly successful garden, starting a neighborhood trend (on a side note, Sandy was also the first Lamaze mom in the neighborhood). Dick also credits Sandy as an early bloomer in clean food consumption.

When the Shuptrines bought their home in 1980, they built a garden to feed their family. Dick started growing commercially after his retirement in 2001 when Jim Darwiche approached him with the idea of starting a farmers market. He eventually connected directly with chefs. And today, rather than beating the Saturday rush on Town Square, he sells his produce wholesale to Jackson Whole Grocer, Aspens Market, and a dependable customer list.

Despite his skills as a Master Gardener, it took time for Dick to decide what to grow. “Part of growing the business was educating people about real food,” he explains. By balancing local demand with produce that actually thrives in the Tetons, the Shuptrines grew their garden into half an acre plus a greenhouse. The property enjoys water rights from a nearby spring and often revels in a favorable inversion, saving them from borderline-freezing temps. While they’re not certified organic, the farm has always followed organic principles. Additionally, Dick invests in heirloom seeds where he can.

The Shuptrines have even incorporated the garden into their home—their two-story-high tomato plants that run up the south side of the house produce well into December. And their laundry room doubles as a utility room where they wash, sort, and bag the produce.

Dick reckons they grow two hundred to three hundred pounds of tomatoes a year, which inspires his daughter, Shannon Ellis, and her family to join the harvest. Their ten-year-old grandson even tends his own garden. “All of our kids have taken our lead in eating fresh, organic foods,” Dick says. “We do a lot together as a family—putting up the tomatoes as spaghetti sauce … as well as pickling, making jams, and freezing berries.”

Even though Dick was a natural, he never set out to do this for a living. He jokes that he could never call his property a “farm” because Sandy never let him buy a tractor. The Teton County/Jackson Parks and Recreation Center summer camp comes once a week to weed, plant, and pick, and he occasionally works with local garden clubs. Dick credits his success to his “group of ladies” who, year after year, return to share in the work and the harvest. And, like the Heslins, he cites the generosity of other farmers like Star Valley’s Eagan family. Despite this major endeavor, Dick asserts in his humble way, “It’s nothing organized—gardening is a hobby, so why be so organized?”

These Teton couples offer a different vision of the elder years—one that defines meaning by continuing to engage in work and community. For that, we can all be thankful.

Hobby Farming
How to Get Started